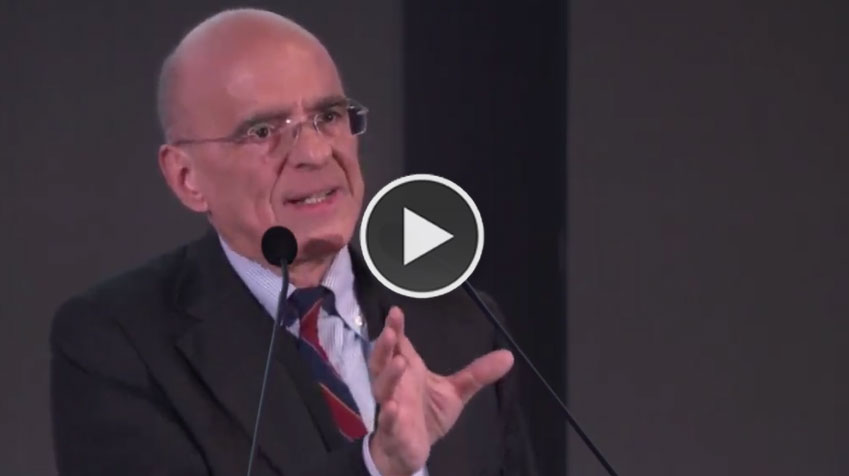 Water is essential for life and the biosphere and is fundamental for humanity’s survival. Even the most advanced society cannot survive without drinking water and water supplies for its activities. Satellite images show the Earth as an intense blue planet with oceans, seas, lakes and reservoirs. The volume of the Earth’s fresh water has not varied since Ceasar ruled Rome 2000 years ago, but since then the human population has grown incredibly from 250 million to over 7.5 billion (the latest United Nations forecast estimates an approximate population of 9.7 billion by 2050) and the production of goods and services has grown even more disproportionally. Moreover, water is needed to produce everything, from hamburgers to jeans to t-shirts. In the Age of the Anthropocene, overuse, pollution and the scarcity of water have become a huge problem.
It is not by chance that various scholars have established the water footprint concept, to measure the water consumed in the entire supply chain of every product, estimating the global water footprint at about 9.087km3 per year. This volume is equal to the capacity of at least 500 rivers the size of the Colorado River in the United States. The WWF has calculated Italy’s water footprint to be about 132 billion m3 per year (over 6,000 litres per capita per day).
The increase in the number of human beings and the growth of consumerism has shown the limits of accessible water resources. As a result of the over-exploitation of water, its pollution and water grabbing, we have devastated outstanding freshwater ecosystems, compromising their rich biodiversity, from wetlands to rivers, streams and lakes.
Furthermore, the occurrence of the phenomenon of hoarding water, or “Water grabbing” is increasing and expanding, whereby important economic powers are able to control or divert vital water resources to their own advantage, subtracting them from local communities or entire nations. The effects of this hoarding are usually disastrous, particularly in the southern hemisphere.
So fresh water is essential to life, is irreplaceable and, not able to be transported around the world in significant quantities, its management at a local or regional level is of vital importance.
Today we have the chance to take concrete steps to sow the “seeds” of a good Anthropocene, also with respect to water. This is the direction taken with the implementation of the 2030 Agenda and its 17 Sustainable Development Goals, approved by all of the world’s countries at the UN in 2015.

Some basic steps are:

We can all help to make a difference by reducing our water footprint and consuming less in general. It takes over 15,000 litres of water to make a kilo of beef and over 8,000 litres to make a pair of jeans.

Is scientific director and coordinator of Education, Innovation and Training for WWF Italy, an association for which he also held the post of Secretary General from 1994 to 2000. He is also General Secretary of the Aurelio Peccei Foundation, the Italian representative of the Club of Rome. Naturalist and environmentalist, he was a past lecturer at the School of specialisation in management of natural resources and protected areas at the University of Camerino. He has lectured on sustainability in post-graduate courses of various Universities and been active in training, conferences and seminars.
He has written numerous books; these include the recently published Manuale della sostenibilità and Sostenibilità in pillole (for Edizioni Ambiente) and Natura Spa. La Terra al posto del PIL (Bruno Mondadori editore). He also edited the Italian edition of over 100 volumes by some of the world’s leading experts on sustainability issues (including Lester Brown, Norman Myers, Paul and Anne Ehrlich, Mathis Wackernagel, Jorgen Randers, Paul Hawken, Amory Lovins, Johan Rockstrom, Tim Jackson, Kate Raworth, etc.).
In 2006-7 he was a member of the ISTAT Commission for environmental statistics and sustainable development, and of the Ministry of Economy and Finance’s Study Commission on accounting and the environmental budget.
In 2005 he collaborated with the FAO for the Italian presentation of the “Millennium Ecosystem Assessment “, the first world-wide report on the state of the world’s ecosystems, sponsored by the United Nations.
Since 2011 he has been a member of the ISTAT-CNEL Address Committee on Fair and Sustainable Wellness (BES).
Since 2016 he is a member of the National Committee for Natural Capital.
Since 2016 he is a member of the Steering Committee of the Italian Alliance for Sustainable Development (ASviS).
As a non-governmental expert he was part of the Italian Government’s delegation to the United Nations Conference on Environment and Development (UNCED, Rio de Janeiro, June 1992) and to the UN World Summit on Sustainable Development (WSSD, Johannesburg, August-September 2002) and a member of the Ministry of Foreign Affairs task force for Johannesburg.