The calcium ion in water: a versatile and indispensable messenger 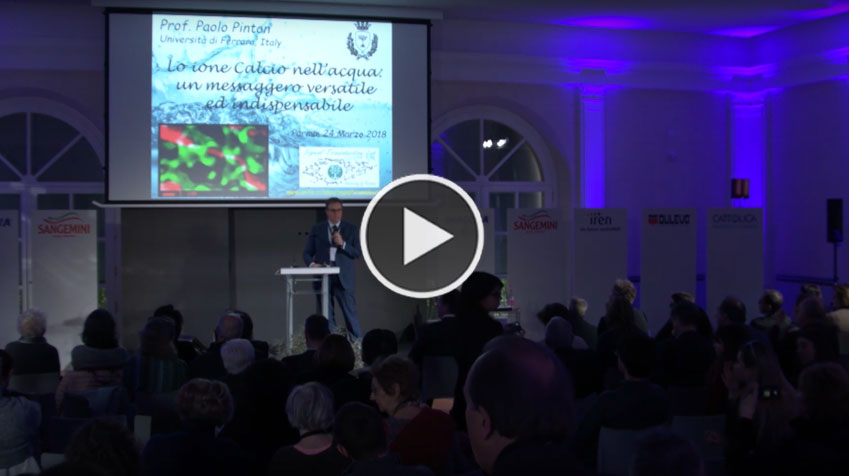 One of the ions which we always observe with particular interest when analysing mineral water is the calcium ion (Ca2+). This is because Ca2+ performs very important biological functions: Consider its structural role in bone composition alone. Another essential function performed by Ca2+ for the life of our cells is its role as a signal molecule. The evolution of multicellular organisation has led to the need to integrate and coordinate the activity of the many types of cells that make up a single organism. The individual cells that make up the body exchange information continuously, both with other cells and with the extracellular environment. For example, cell proliferation, differentiation and migration are the result not only of a destiny determined during the early stages of ontogeny by the cellular genome, but also of the continuous interaction between neighbouring cells and the effects of circulating factors such as hormones, growth etc. Communication between cells is ensured by their ability to receive and send signals of a chemical nature that interact with specific receptors on their plasma membrane. The activation of these receptors leads to the generation of intracellular messengers, defined as second messengers, which transmit the information received from the extracellular messenger (or first messenger) within the cell.

Compared to the great variety of extracellular mediators, the number of known second messengers is surprisingly limited.

The Ca2+ ion is the most common second messenger in eukaryotic cells. Indeed, it has been seen that a great variety of stimuli, ranging from growth factors to neurotransmitters, are transmitted within the cell by variations of the Ca2+ concentration inside the cells. The Ca2+ signal can be finely modulated according to patterns that are spatially and temporally well-defined, thus allowing different mediators to trigger profoundly diverse reactions within the cell, whilst acting on the same system of transduction.

Energy production, muscle contraction, hormone secretion, synaptic transmission, as well as proliferation and cell death are just a few examples of calcium-mediated processes that demonstrate the importance of the Ca2+ ion. By means of the Ca2+ signal our cells are able to encode the messages that reach them by converting them into biological processes. As proof of this, many pharmaceutical drugs act by modulating the concentration of this cation within the target cells in a controlled manner.

Professor of General Pathology at the Department of Morphology, Surgery and Experimental Medicine at the University of Ferrara

Paolo Pinton is full professor holding the chair of General Pathology at the Department of Morphology, Surgery and Experimental Medicine at the University of Ferrara. Professor Pinton has extensive research experience in the field of signal transduction in living cells and in the application of advanced imaging with luminescent and fluorescent probes. He is one of the world’s leading experts in the study of calcium homeostasis and the role of mitochondria in physiopathological contexts.

He directs a laboratory of about 30 researchers and is financed both nationally and internationally by public and private funds including AIRC and Telethon. He collaborates with important research centres both in Italy and abroad. To date he boasts 240 publications, many of which in the most prestigious international magazines such as Nature, Science Cell, etc. and his works have received almost 25,000 citations. Prof. Pinton is also the director of the PhD program in Biomedical and Biotechnological Sciences and is president of the Italian Association of Cell Biology and Differentiation.

Professor of General Pathology at the Department of Morphology, Surgery and Experimental Medicine at the University of Ferrara