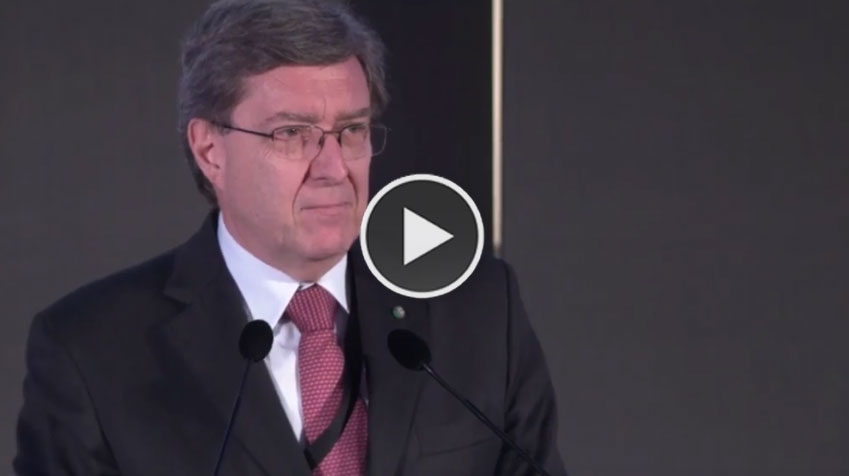 Whilst water is a “vital” element for the survival of our planet, of its flora and fauna, and therefore also of human society, the signs of this element’s insufficiency are evident in various parts of the world. The “war for water” generates real conflicts and forces millions of people to migrate, with dramatic effects that are visible to all. For this reason, water is the subject of the sixth of the 17 Sustainable Development Goals associated with the 2030 Agenda signed by all the countries of the world in September 2015. As illustrated in the ASviS 2017 Report (www.asvis.it), Italy is not following a path of sustainable development and the situation with regard to Objective 6 has worsened in recent years. The intervention will illustrate these aspects and will discuss the policies that can be implemented to reverse this trend, also taking into account the strong territorial disparities that characterise our country.

Spokesman of the Italian Alliance for Sustainable Development (ASviS)

Professor of Economic Statistics at the University of Rome Tor Vergata and Professor of Public Management at the LUISS University. He is the founder and spokesman of the Italian Alliance for Sustainable Development (ASviS), a network of over 170 institutions of civil society.

He is Senior Fellow of the LUISS School of European Political Economy, a member of the Board of Directors of the Club of Rome, president-elect of the European Statistical Governance Advisory Board (ESGAB), a member of the Global Commission on the future of work created by the International Labor Organization (ILO) ) and Board member of numerous foundations and national and international organizations. He collaborates with the Joint Research Center (JRC) of the European Commission.

From January 2001 to August 2009 he was Director of the Statistical Department and Chief Statistician of the OECD, where he initiated the Global Project on “Measuring the Progress of Societies”, which generated the global movement to go “beyond GDP”. He was the coordinator of one of the three groups of the “Stiglitz-Sen-Fitoussi Commission” instituted by the French President Sarkozy to deal with “New measures of economic performance and social progress”. In 2008-10 he was president of the Global Council on “Benchmarking the Progress in Societies” of the World Economic Forum.

From August 2009 to April 2013 he was President of ISTAT. Successively, he took up the post of Minister of Labor and Social Policies, which he held until February 2014. In September 2014 he was called by the UN Secretary General to co-chair the Independent Expert Advisory Board on “Data revolution” for sustainable development “. Subsequently, he was Visiting Fellow of the European Political Strategy Center of the European Commission, vice-president of the High Level Group on Competitiveness and Growth of the European Council and a member of the French government “Commission économique de la Nation”.

In October 2014 he was named “Knight of the Grand Cross of Merit of the Republic”. He is the author of over 100 published articles in the statistical and economic field and author of four books.

Spokesman of the Italian Alliance for Sustainable Development (ASviS)